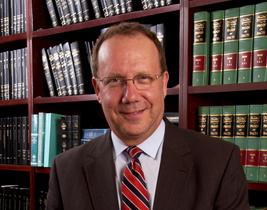 Kevin is an experienced litigation attorney located in Woodbury, New York. He has been practicing law in the New York area since 1983. He is a knowledgeable litigator, and regularly appears in the courts of Nassau and Suffolk Counties. Kevin received his undergraduate and law degrees from Hofstra University and began his career as an associate with the Wall Street firm of Herzfeld & Rubin. He then returned to Long Island as the senior litigation partner in the firm of Hollenberg, Levin, Ross, Belsky & Daniels in Garden City. Read his reviews here. Kevin is admitted to practice law in New York, South Carolina and Florida.

Kevin has over 30 years of  litigation experience and has obtained significant verdicts in the local courts. He has been a member of the Nassau County Executive Judicial Advisory Selection Committee and has been a lecturer on trial techniques at Hofstra University Law School. He is a former candidate for Supreme Court Judge, designated a SuperLawyer by Thomson Reuters and has been listed as a Long Island “Legal Eagle” by Pulse magazine. He is rated AV (highest rating by both peers and judiciary) by Martindale-Hubbell and is a long time member of the Nassau County Bar Association. He is married and has three children, as well as a Tibetan Terrier named Otis. His other interests are cycling, photography and classic automobiles.